Fragrance From A Faraway Land 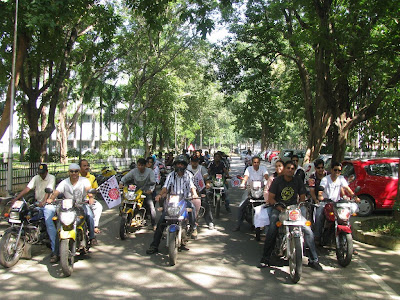 05.00 am. It’s still dark. I love this moment of peace and aloneness. The world is still shrouded by the veil of repose. And I am awake and wandering out of bed into my humble garden. Yes, I call this slender strip of land garden which houses my beloved plants. I inhale deeply the freshness in the air. As I do so my nostrils are infiltrated with the sweet, intoxicating smell of the first few drops of rain seeping into the pours of the parched, thirsty bed of Mother Earth. The droplets on the palm fronds are harbingers of monsoon!

Have you ever experienced the flavour of wetness around? I relish it like the first invigorating sip of a cup of steaming hot morning tea. The aroma of the rains is sheer euphoria – stimulating and whipping nostalgia. It always transports me down memory lane – almost a decade and a half back when I was as keen a traveler as I veto for inertia now.

During every Pooja (September/October) we would run away from the asphyxiating hustle and bustle of the City of Joy in search of a harbour of hard-to-be-found bliss and tranquility. It was Jamshedpur of the 80s which had provided the long-yearned refuge - a city which I remember fondly the most not because of its sprawling bungalows with manicured lawns, sedate lifestyle or organized traffic or disciplined crowd or the mammoth TATA Steel Plant or its prestigious Management Institute XLRI or the horde of dark, glistening Santhali women sculpted in perfect proportions. No, not any of these. It was something rather more intangible yet something which I would love to hold on to.

You know what, I had taken to the city because it had a fragrance of its own. A fragrance which was as refreshing as it was revitalizing. It was the fragrance which we Metro-dwellers crave for. It was the fragrance of the wilderness, the smell of the jungle, the envelope of green that followed me as I toured the city and explored its outskirts. A fragrance which was a constant remembrance of Nature that surrounded the planned city like a mother cradling her baby. The fragrance which reminded one of ancient trees, thick foliage, blooming buds, blushing blossoms, soft twigs, bushy clumps, riotous shrubs, bumbling bees, chirping birds, streaming sun shine and flocks of flora and fauna. A smell that has unfortunately lost its existence in the grime and grit of urban subsistence.

I brought back that fragrance with me in my memories and searched for it in vain in the winding, loaded lanes of my city. But the NCR (National Capital Region) has been expanding on deforestation and encroachment on fallow land and nearby villages. The other day returning home from office, my driver suddenly braked hard toppling over a few things kept by my side on the back seat. When I asked him the reason, he said a snake was crawling by and he did not want to hurt it. We commute via outer Ring Road, the highway which ribbons round the Capital, flanked at intervals on either side by open fields and alternately thick vegetation while afar you can see remnants of villages trying hard to retain their identity circumventing metropolitan trespass.

The cohort of monkeys enjoying a swing in the trimmed and tended boulevards of Lutyen’s land, the un-shepherded cattle left to fend for fodder by their owners squatting dismally by the roadside, the friendless stray dogs picking up a row in the middle of a busy route are ample examples of how we have rendered these children of Nature homeless. While we lament over a cloudless sky and the fury of Apollo pouring down on us, the earthy scent of rain-soaked greenery seems like a far cry. In the midst of this hovel of heat and dust to dream of being wrapped in a chiffon drape of breezy redolence of rain filled forest – a unique and rare combination! Reminders of drenched evenings in the Steel City – overladen darkening sky, dripping greenery all around and gusts of moist breeze filling up your soul with the aroma of rainy earth. Just the right spray of perfume which is de-stressing, relaxing, soul-soothing, sensuous, elevating and infusing into our tired, insulated lives a long-deserved heavenly respite bringing us that much close to Mother Nature as we long to be.

The splinters of rain
On a dust laden street
The scent of life
Rising above the heat
And I stand there
As the droplets beat
A foot-tapping rhythm
Of life’s renewed lease
The young leaves sway
Nod the ancient trees
The path into the wild
Takes a curve steep
Gather a spring light
My tired, worn out feet
On the rough-hewn bed
Of life’s jaded streets